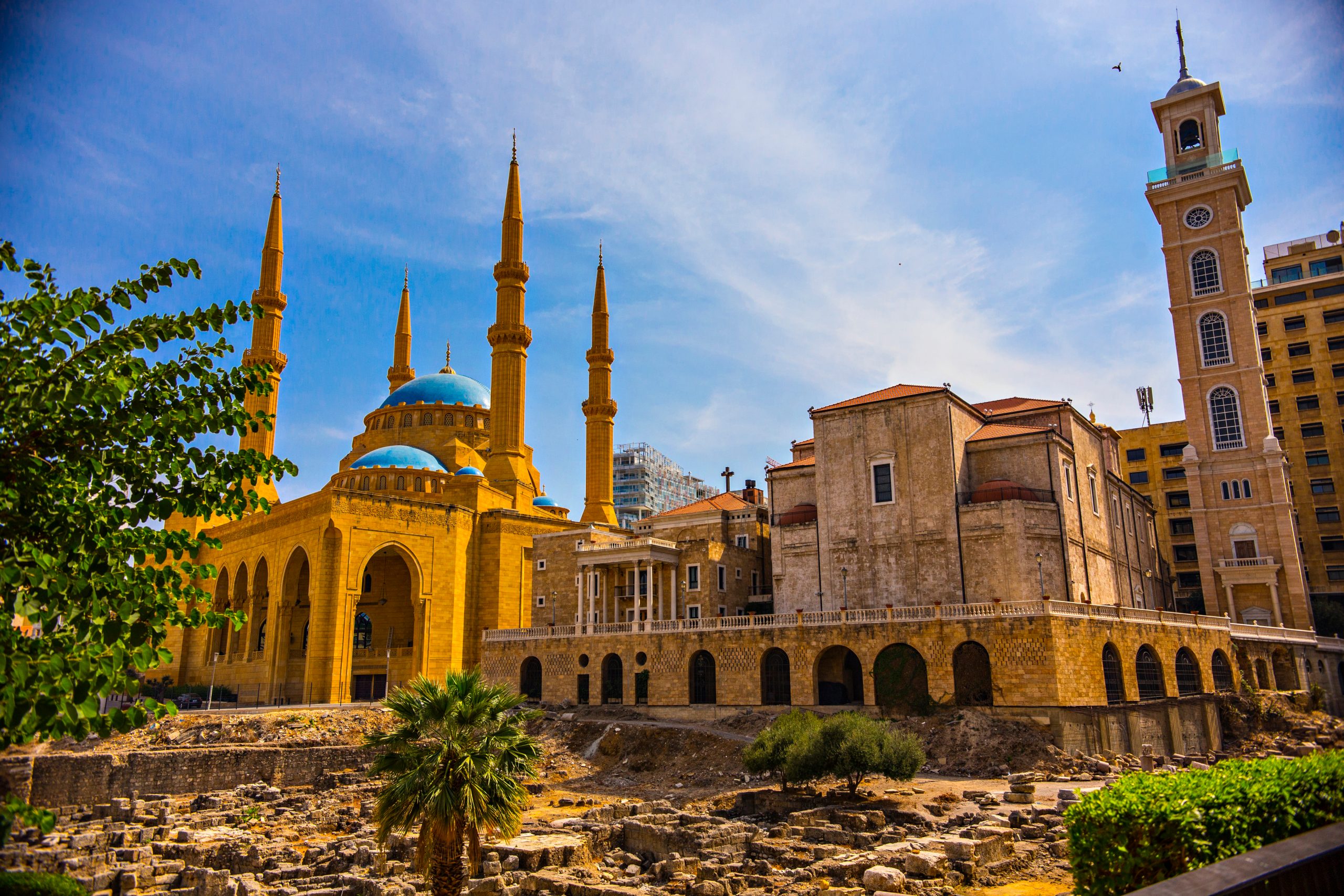 A fascinating meld of religious heritage and traditions

Lebanon has several different major religions. The country has the most religiously diverse society of all states within the Middle East, comprising 18 recognized religious sects. The two main religions are Islam (Sunni and Shiite), accounting for 54% of followers, and Christianity (Maronite, Greek Orthodox, Melkite, Protestant, and Armenian Orthodox) with 40.4% of the country’s population. Also the religion of the Druze minority in Lebanon, which under the Lebanese political division the Druze community designates as one of the five Lebanese Muslim communities, even though they do not consider themselves Muslim.

Lebanon thus differs from other countries in the Middle East where Muslims are the overwhelming majority and is more like Bosnia and Herzegovina or Albania in terms of religion in these countries, having a diverse mix of Muslims and Christians with each community assuming about half of the country’s population. 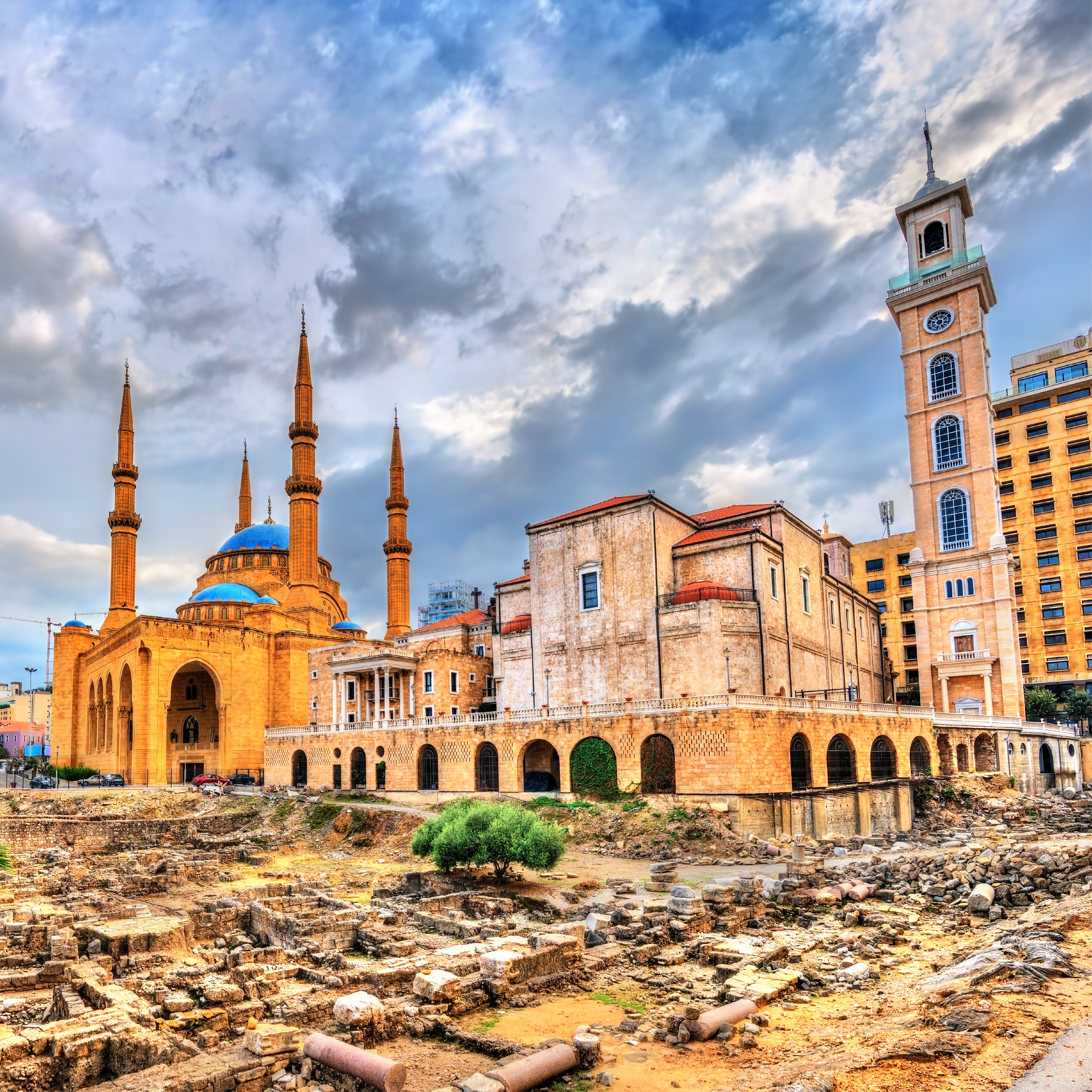 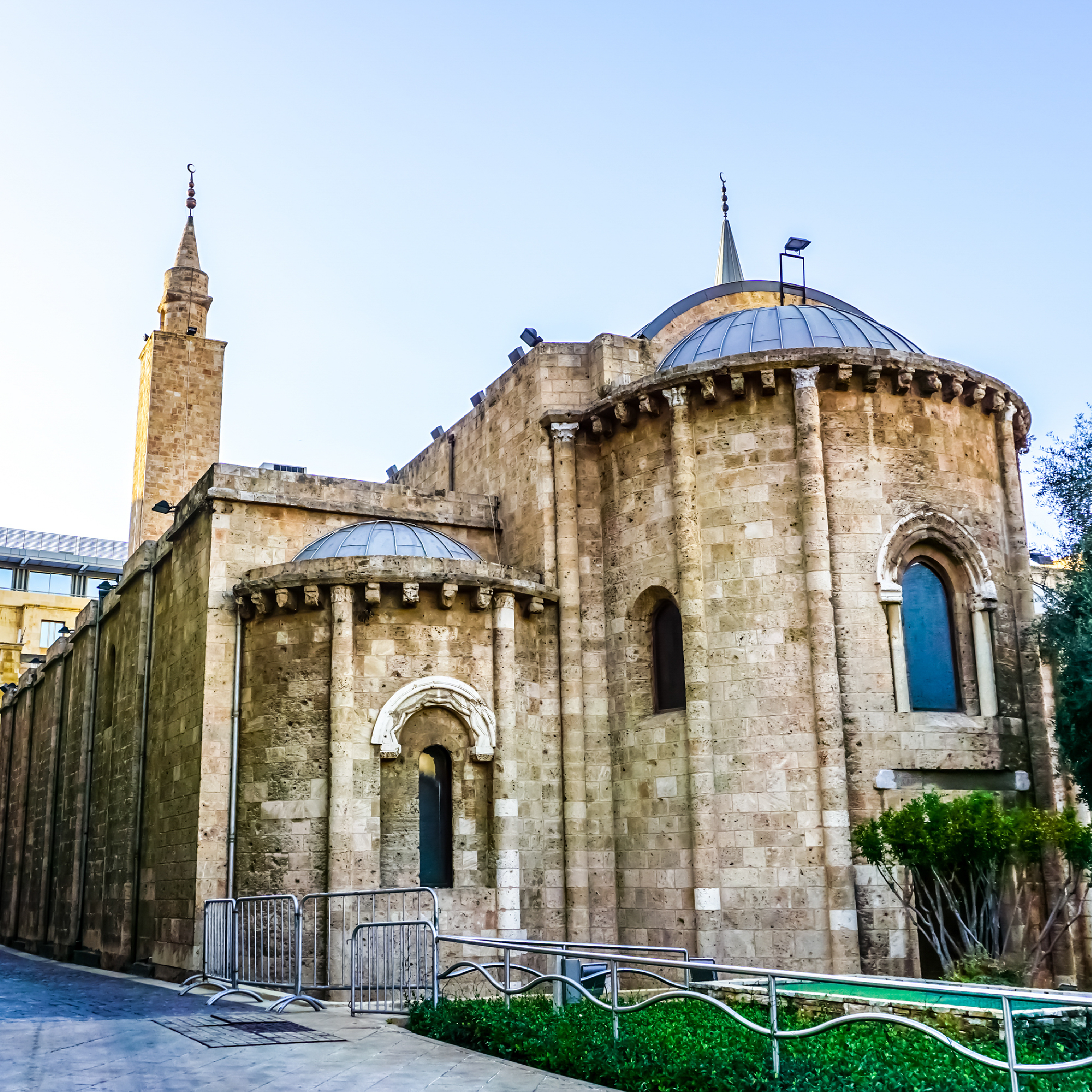 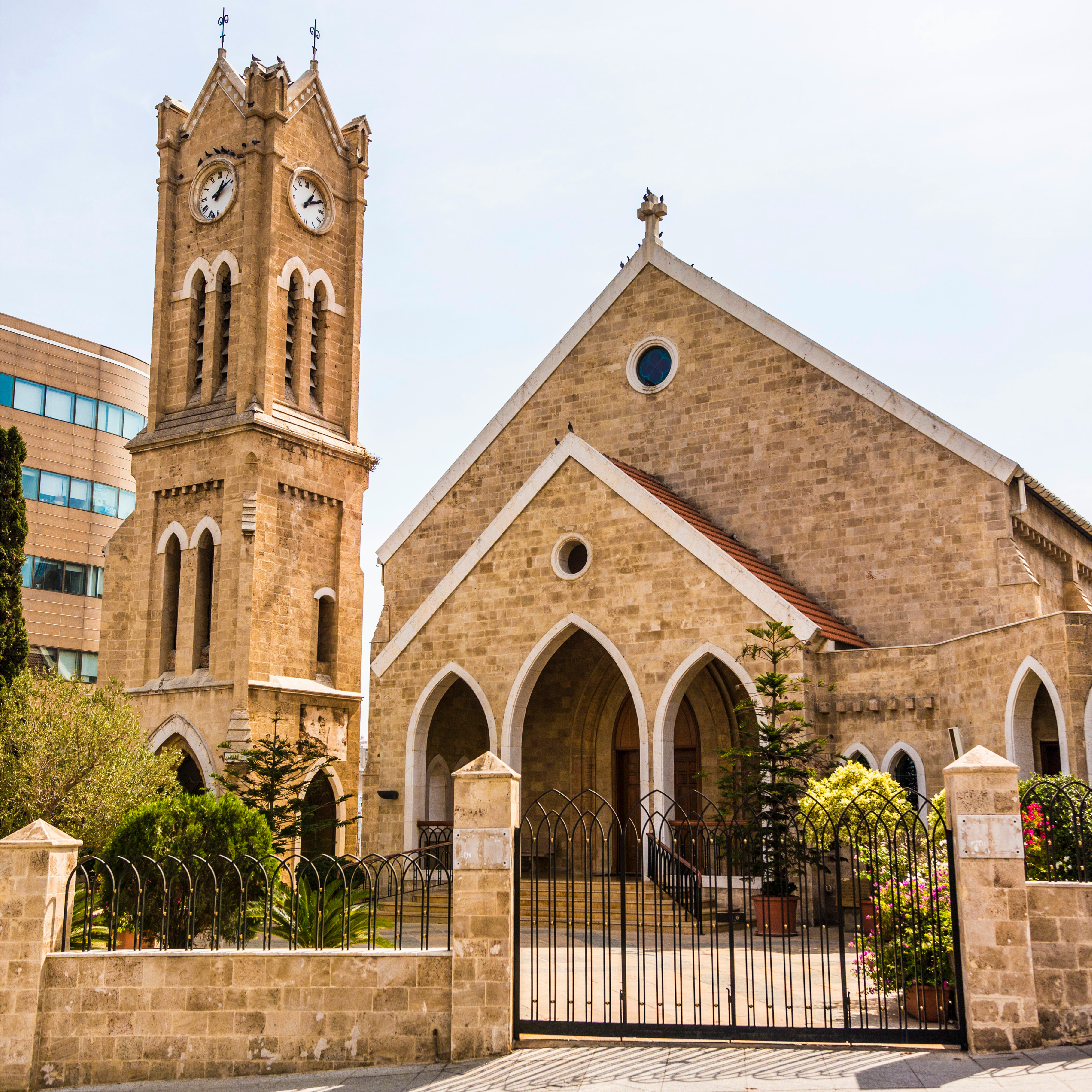 In the peaceful green of Annaya rests the remains of the saint Lebanese St. Charbel. Born May 8, 1828 at
Bqa'aqafra, one of the highest villages in the Cedars region, St. Charbel is now an object of worship and life a
supreme example of hard work and absolute devotion to God. He lived there in the greatest austerity, 23 years
until his death December 24, 1898 while celebrating Christmas mass at the age of 70. Beatified in 1965, he was
canonized in October 1977. The monastery of Mar Maroun Annaya simple, squat building, with its statue of Saint
Charbel arm raised to the sky in the outdoor courtyard with a wrought iron fence, a small church constantly
illuminated by the prayers and wishes of believers, its small museum objects with a total frugality that belonged to
Saint, all contribute to a unique atmosphere that the faithful find themselves in the tranquility of a bathed by the
grace of God landscape. Then continue to Byblos one of the oldest continuously-inhabited cities in the world.
Byblos is today a very charming city distinguished for its gorgeous ancient harbor, seaside fish restaurants, ancient
souks, and charming residential neighborhoods, which date back to the Middle Ages, as well as an absolutely enormous wealth of historic sites and ruins. Not far from the sea, protected by an oasis of greenery and a few old houses, close to the souk of Byblos, stands the Cathedral of St. John the Baptist commonly known today by Saint Jean Marc.

In the deep “wilderness” east of Batroun, where the Blessed Father Hardini lived, is the Monastery of Mar Youssef Al Dahr at Jrabta. It is here that the Blessed Sister Rafqa is buried. Born on June 19, 1833, she entered the order of maronite sisters at the age of 39, aspiring to total devotion to God. Her life was one of continual prayer; she asked to participate in Christ’s passion and this grace was accorded her. Her Calvary was to last 29 years and she died a saintly death in 1914 at age 81. On November 17, 1985 she was beatified by the Holy See.
The Monastery of saint Cyprien and Justianian in Kfifane village is today a pilgrimage site thanks to the Blessed Nematallah Kassab Al Haridni, who is buried in this modest place. Born in 1810, Nematallah Al Hardini became a novice at a young age and pronounced his vows at the monastery of Saint Anthony Qozhaya when he was 20. Nematallah Al-Hardini died on December 14, 1858 at the age of 48. He was beatified by Pope John-Paul II in the Basilica of Saint Peter in Rome on Sunday May 10/1998 and was
canonized in May 16/2004.
At the top of a cliff overlooking the north coast of Lebanon stands a Greek Orthodox monastery known as Deir el Nouriyeh or Our Lady of the Light. Steep stairs near the monastery lead down to a cave carved in the cliff, exposed to the wind and sea. It is here that the story of the light that gives its name to the monastery is celebrated.

On a hill overlooking the coast a few kilometers from Sidon stands the sanctuary of Saydet El Mantara or Our Lady of the Guardian (from the Arabic “Natra” which means “wait”). According to tradition, Mary,
mother of Jesus, followed her son on his journeys between Cana, Tyre, Sarafand, and Sidon. Popular Christian tradition in Lebanon says that it was on this hill in Maghdoushe that the Virgin awaited the return of Jesus from his apostolic wanderings. Today the site is marked by a small modern tower on which stands a statue of the Virgin holding the infant Jesus. An annual pilgrimage takes place in Maghdoushe every September 18 to mark the feast of the birth of the Virgin. Continue to Cana south of Tyre. Evidence that Cana El Jaleel (Cana of Galilee) is located in the south of Lebanon demonstrates the historical and Christian importance of this part of our country. This evidence not only includes Eusibius of Caesaria, the church historian who lived in the third century and the writings of Saint Jerome, but also the rock-carved hermitages that provide further proof of the early presence of Christianity in the region.
The thesis that Christ’s first miracle, changing the water into wine at the wedding in Qana, took place in the small region has been upheld by several modern historians. Recent archaeological discoveries reveal
traces of the first Byzantine church in the world found in Tyre. More Byzantine churches have been discovered in the area around Tyre. From the Crusade era, there are remains of a cathedral that dates back to the 4 th century. It is built on the ruins of a large cathedral which was pulled down in 303 upon the order of Diocletian. It was reconstructed by The Venitians in 1227.

This is a valley quite unlike any other in Lebanon. It is inseparable from the story of a great Nation and of a community, which is unique, the Maronites. One of the jewels of nature in North Lebanon, the valley is hewn from the rock at the foot of the highest peak of the Lebanese mountain chain, Qornet es-Sawda, which rises to 3083 meters. The valley of Qadisha, which in Aramaic means the holy or sacred, divides into two branches, the valley of Qozhaya and the valley of Qannoubine. The valley of Qannoubine begins
at an altitude of 900 meters and finally reaches 1,900 up on the slope of Qornet es-Sawda. It is indeed a holy valley, one where every rock, stone, pebble, trunk, tree and grain of earth bears the imprints of a great past civilization, where monks lived in small communities, whereas the hermits lived alone.
The hike (3-4 hrs) will start from the Maronite patriarch old residence down to the valley, passing by the most famous convents while enjoying the beautiful sightseeing this valley has to offer.
You will explore the hidden valleys and the ancient churches and monasteries like Our Lady of Qannoubine who was the seat of 24 Patriarchs between 1440 and 1823. And the Grotto of Saint Marina the Virgin. It is formed by nature alone in a great rock and today the grotto serves as a shrine. The valley is classified as world heritage.

Beirut with its numerous places of worship of all faiths, is the epitome of tolerance and mutual respect in a multi-community life dominated by a spirit of freedom. Thus the four major churches (to name a
few), built in the heart of the capital, belonging to different Christian communities, demonstrate with clarity and eloquence of this fraternal spirit that animates the spiritual life of everyone in Lebanon. A visit to to The Cathedral of Saint George Maronite -Cathedral of St. George Greek Orthodox - The Evangelical Church of Saint Maron. Continue to Harissa, on a hill that reverently overlooks the Bay of Jounieh and contemplates Beirut and the vast horizon stands the sanctuary of our Lady of Lebanon. It’s a place that shines with devotion to Saint Mary. Believers constructed this place to worship the Virgin Mother, our Lady of Lebanon. The statue of Saint Mary stands at the top of the structure. It has been here since 1908, resting on a cement foundation. The number of people is doubled in May, the month dedicated to Virgin Mary. Beside the ancient sanctuary, there is a modern, cathedral in which Pope John Paul II celebrated mass on his visit to Lebanon (Saturday May 10, 1997).