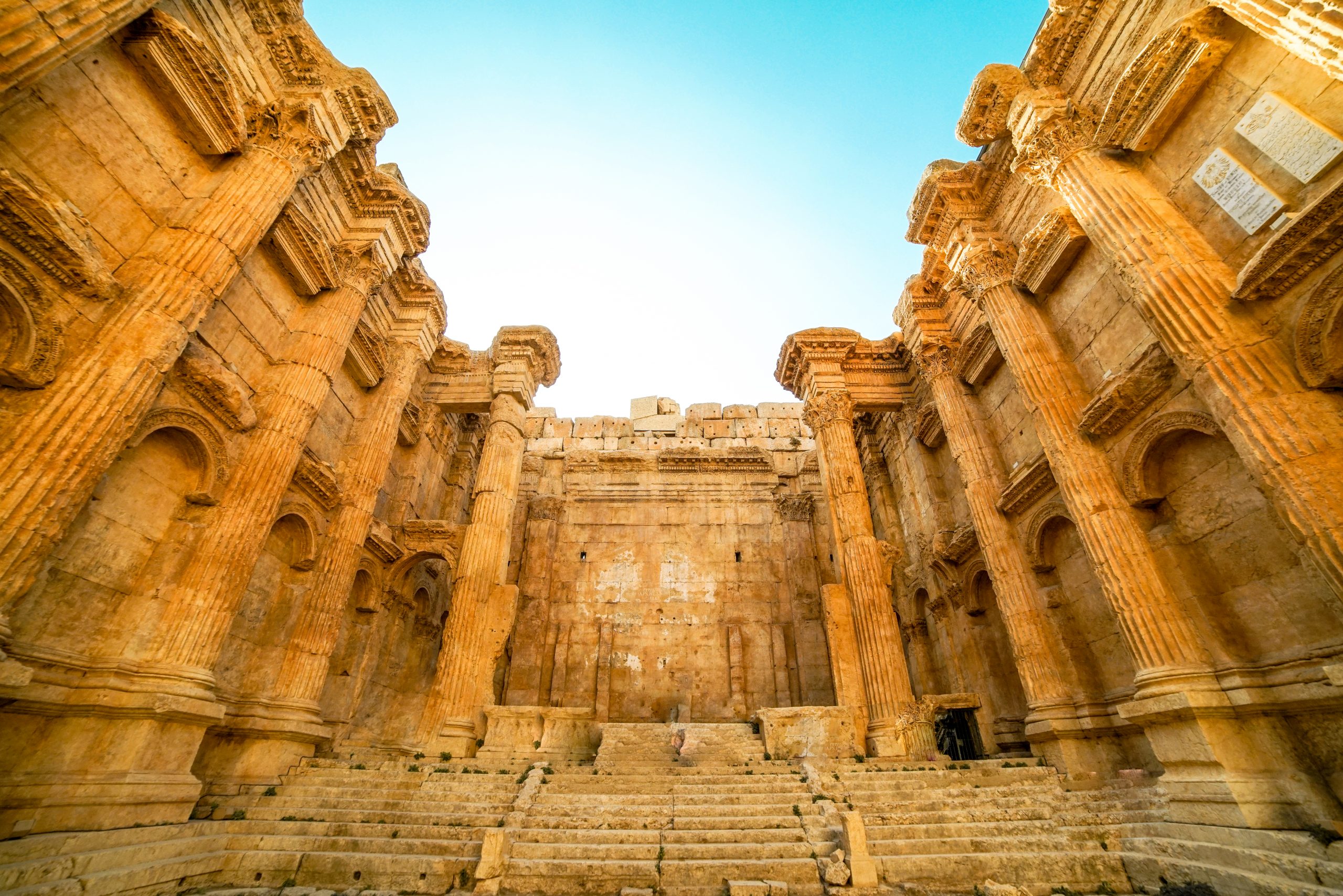 The Land of Diversity

Culture in Lebanon is very extensive. Lebanon was a cultural intersection of different civilizations thousands of years ago. Originally the home of the Phoenicians, and later conquered and occupied by the Assyrians, the Persians, the Greeks, the Romans, the Arabs, the Crusaders, the Ottoman Turks, and more recently, the French. Lebanese culture has evolved throughout the millennia for the contributions of all these groups. Lebanon’s diverse population, made up of different ethnic and religious groups, has further contributed to the country’s festivals, music styles, and literature as well as cuisine. 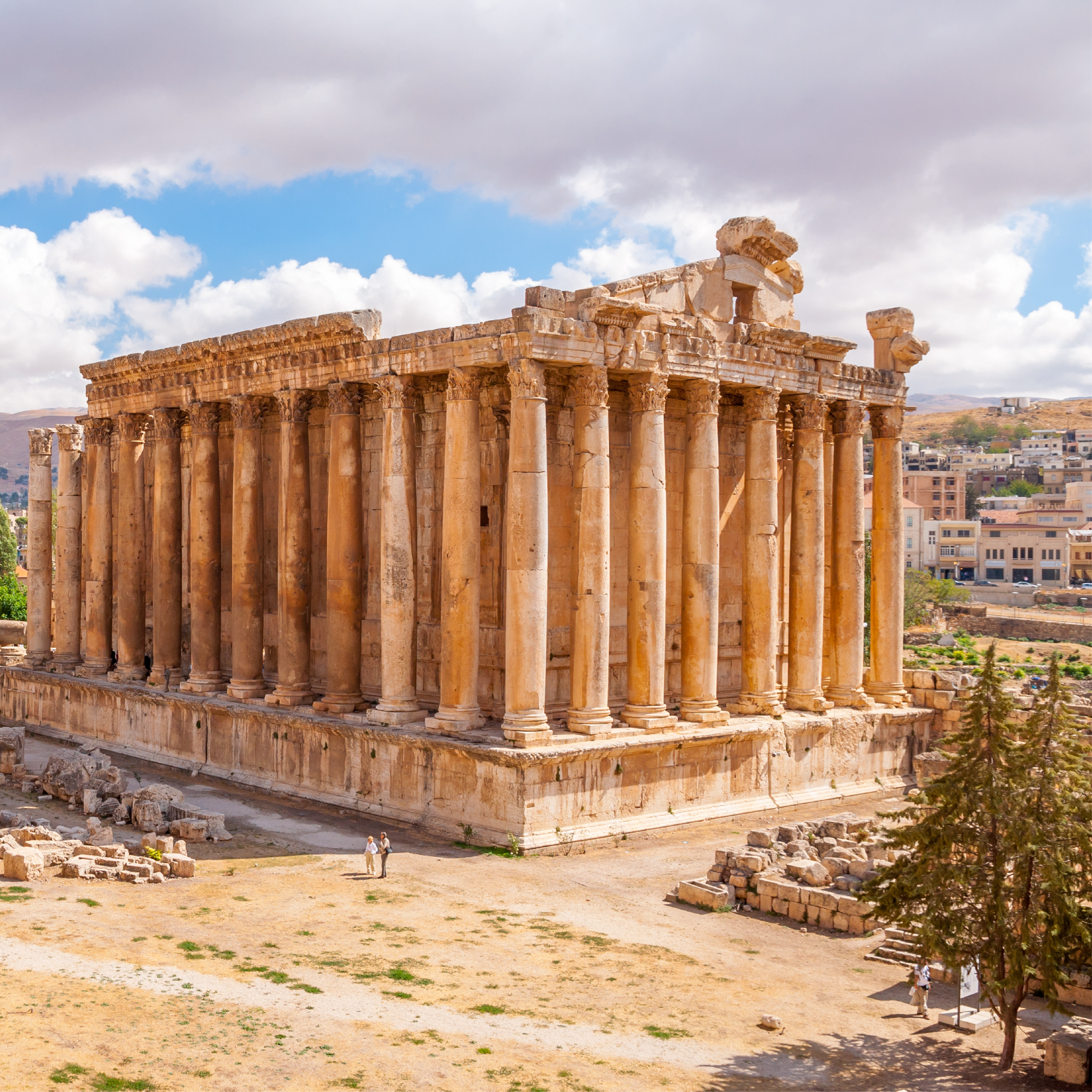 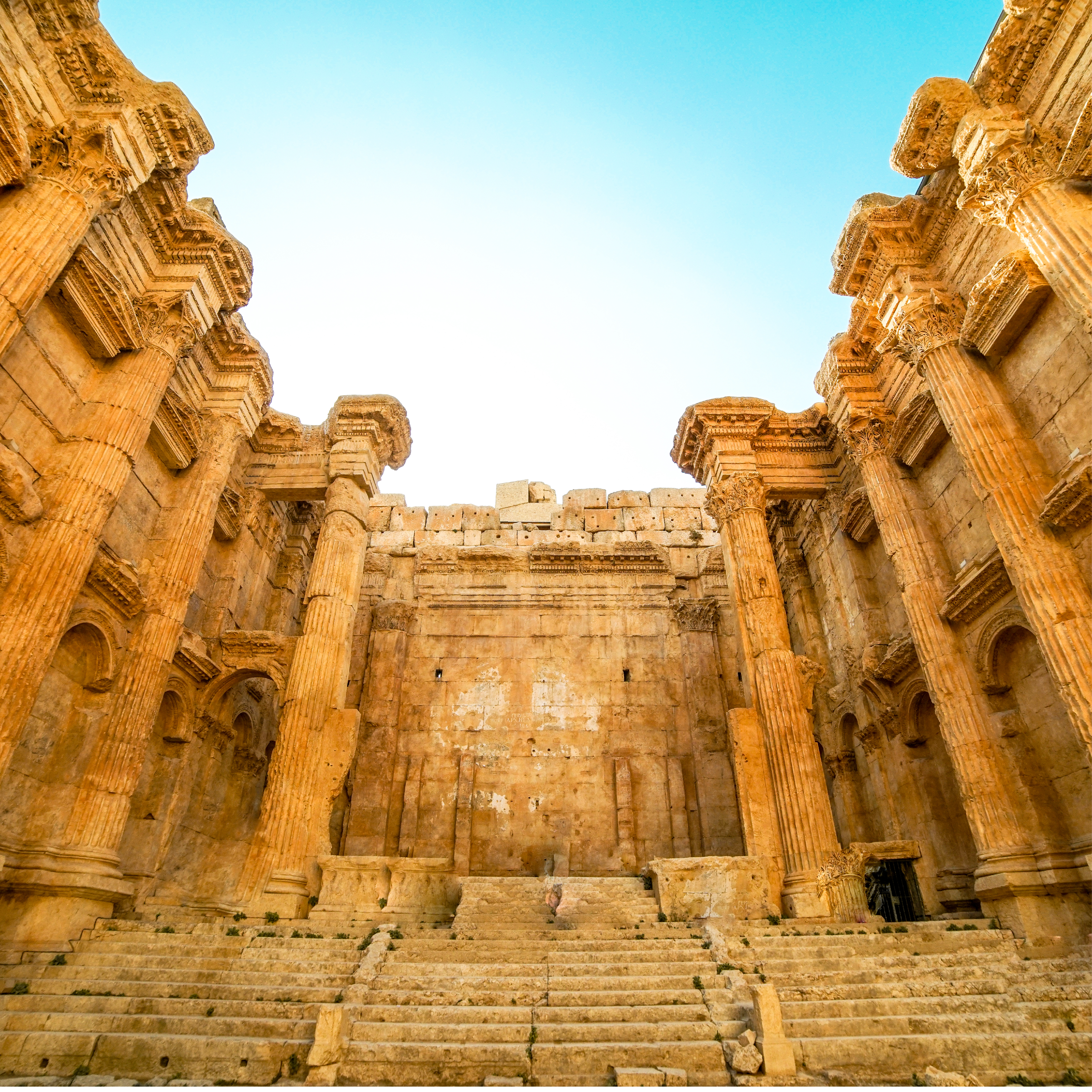 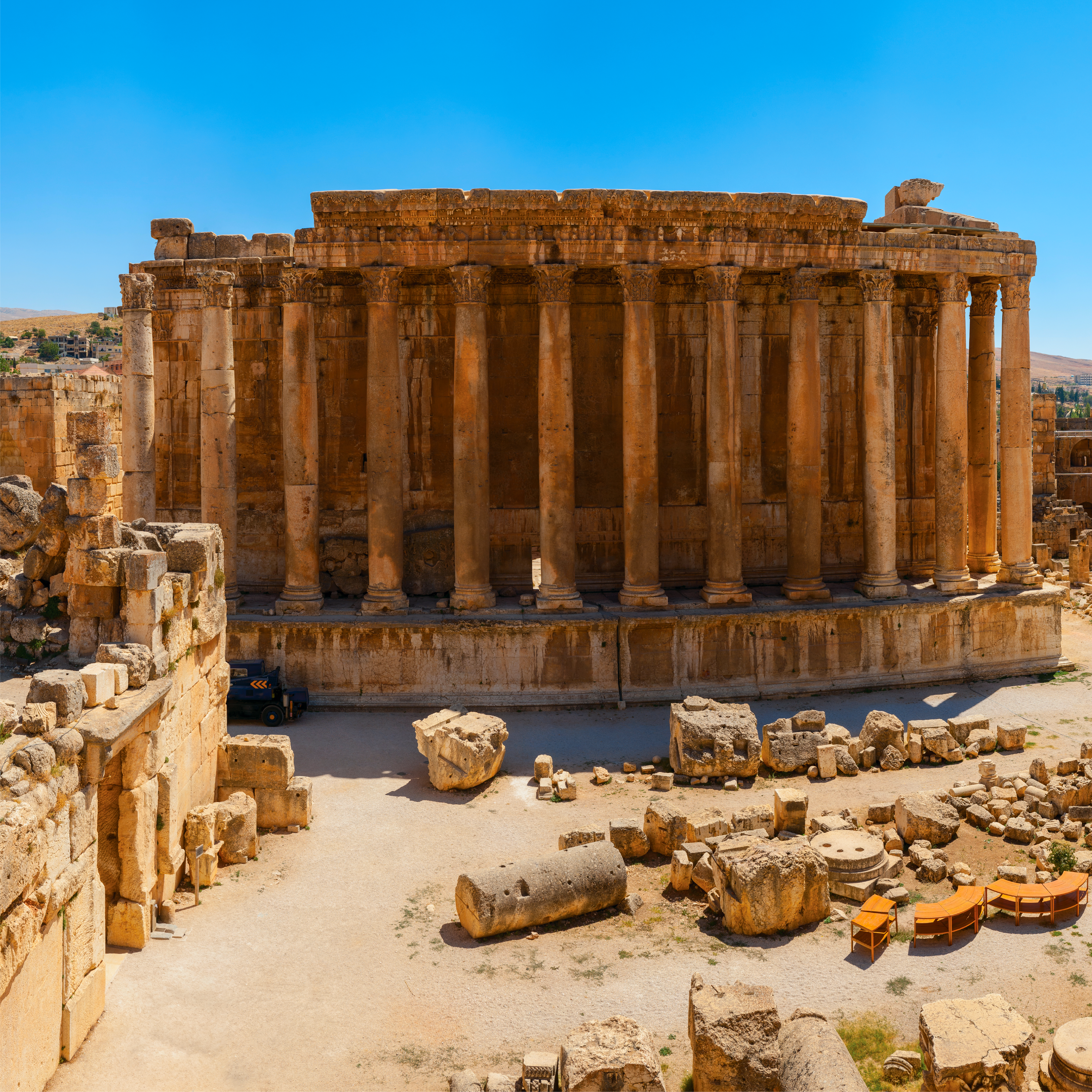 Drive along Beirut City seashore to the picturesque Pigeons rock; Continue to visit the National museum
which was built in 1937, the Beirut National Museum houses antiquities and treasures from all over
Lebanon, dating from prehistoric times through the Ottoman period. The museum exhibits 1300
artifacts from its collection of approximately 100,000 objects. It displays follow a chronological circuit
beginning in Prehistory and ending in the Ottoman era. After the museum, continue the visit to Beirut
City Center ‘Solidere” to discover Beirut city center which contains sites and monuments spanning 5,000
years and layers of civilizations from the Canaanite to the Ottoman, including the Phoenician, Persian,
Hellenistic, Roman, Byzantine, Umayyad, Abbasid, Crusader and Mamluk periods. Underscored in the
urban design and conveyed to the public through lively educational experiences, their importance has
made Beirut a historic city destination. Continue south of Beirut to Deir El Qamar, the former capital of
Mount Lebanon which still retains in its pretty town square several palaces and the famous Marie Baz
Museum, Notre Dame church and Fakhreddine mosque dating from the 17th and 18th centuries.
Proceed to Beiteddine to visit the magnificent Palace of Emir Bechir known for its masterpiece of the
oriental architecture, which became nowadays the summer residence of the President of the Republic of
Lebanon

Early departure to Baalbeck, on the way you will notice the magnificent Bekaa plain. Once in Baalbeck,
you will see the most colossal monuments ever to be found from the Romans period, the Temple of
Jupiter with its sumptuous columns, the richly decorated Temple of Bacchus and the original pentagonal
Temple of Venus. Then continue the tour to Ksara winery for some delightful Lebanese wine tasting.
Then visit Anjar, the unique fortified city in Lebanon built as early as the 8th century by the Ommeyad
Caliph of Damascus. It is known to be “The Palace of the desert”.

Drive north on the slopes of Mount Lebanon to Jeita Grotto, one of Lebanon's most unusual tourist
attractions, an enormous cavern festooned with every shape and size of stalactite and stalagmite.
Continue the journey to the village of Harissa, where you will visit the &quot;Lady of Lebanon's Cathedral and
enjoy the superb view of the Mediterranean with Beirut’s and Jounieh’s Bays. Then continue to Byblos
one of the oldest continuously-inhabited cities in the world. Byblos is today a very charming city
distinguished for its gorgeous ancient harbor, seaside fish restaurants, ancient souks, and charming
residential neighborhoods, which date back to the Middle Ages, as well as an absolutely enormous
wealth of historic sites and ruins. Not far from the sea, protected by an oasis of greenery and a few old
houses, close to the souk of Byblos, stands the Cathedral of St. John the Baptist commonly known today
by Saint Jean Marc.

The tour starts with the visit of the second largest city of Lebanon Tripoli, a modern city known to have
preserved jealously its medieval old religious edifices and public buildings. In the old town you can see
the Crusader Castle of Raymond de St. Gilles, Mosques from Mameluks period, Koranic schools, oriental
Bazaars &amp; Souks and the Turkish bath named “Hamman Izzeddine”. Continue the tour towards the
Cedars, known for its beautiful pine trees forest from biblical times lying at an altitude of 1600 to 2000
meters above the sea level. The Cedars area is also known for its winter skiing resort. The road to the
Cedars passes through the magnificent Kadisha Valley, the picturesque villages of Zghorta and Ehden
leading you to Besharre the hometown of the famous international poet Gubran Khalil Gubran of
Lebanese origin. Visit the museum and learn about the poet’s work.

Drive South of Beirut along the coast to Sidon. The visits start with the “Castle of the Sea” a crusader’s
castle of the 13th century then proceed to Khan El-Franj, a typical Caravan Serail, the old covered souks
and Audi Soap museum. Continue further down the southern coast to Tyre to visit the Necropolis
excavations, the Monumental Arch and the spectacular hippodrome, the second largest and best
preserved of the Roman era. Two kilometers ahead, visit of the imperial city excavation which offers a
majestic avenue toward the sea giving access to the residential area with its remarkable designed public
monuments. 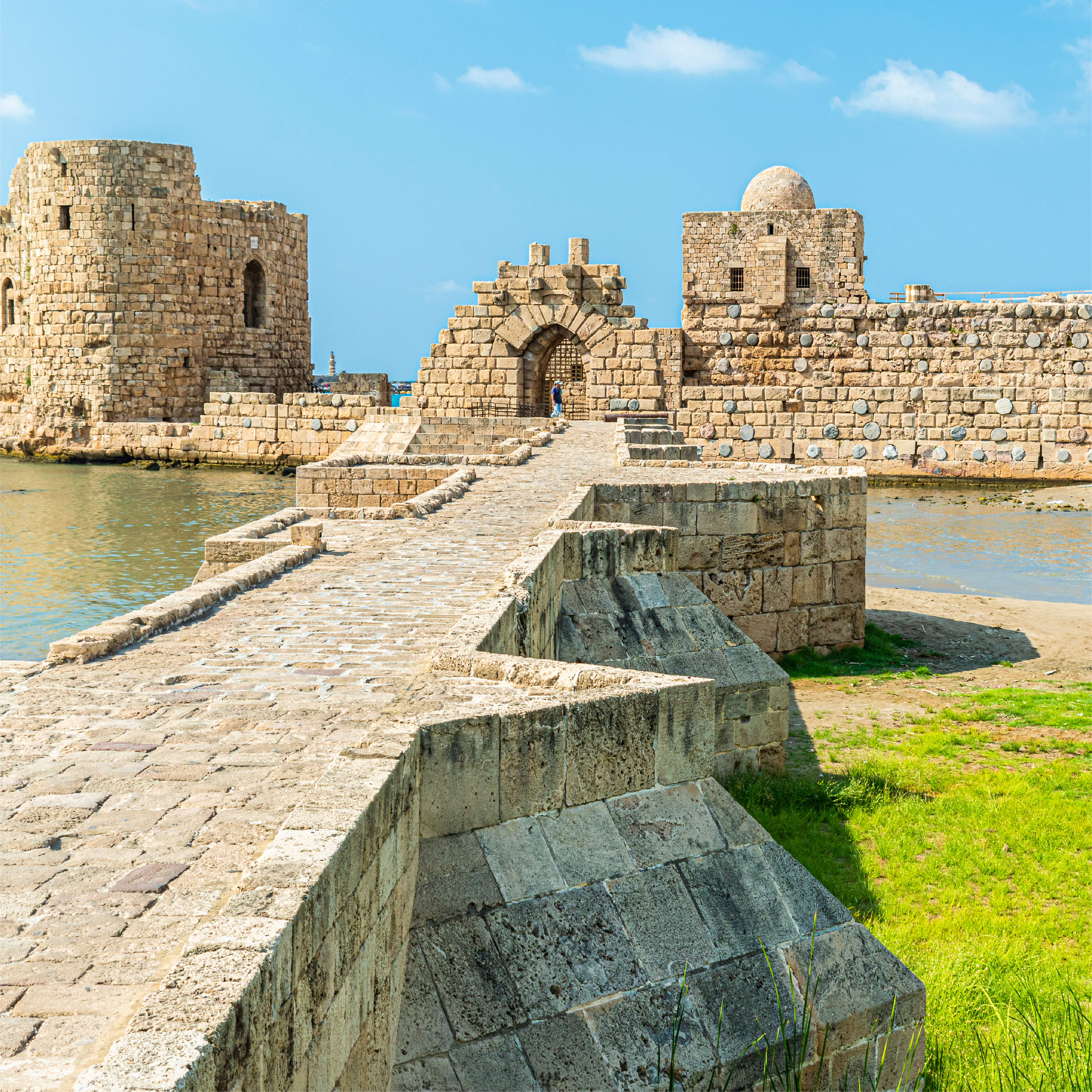 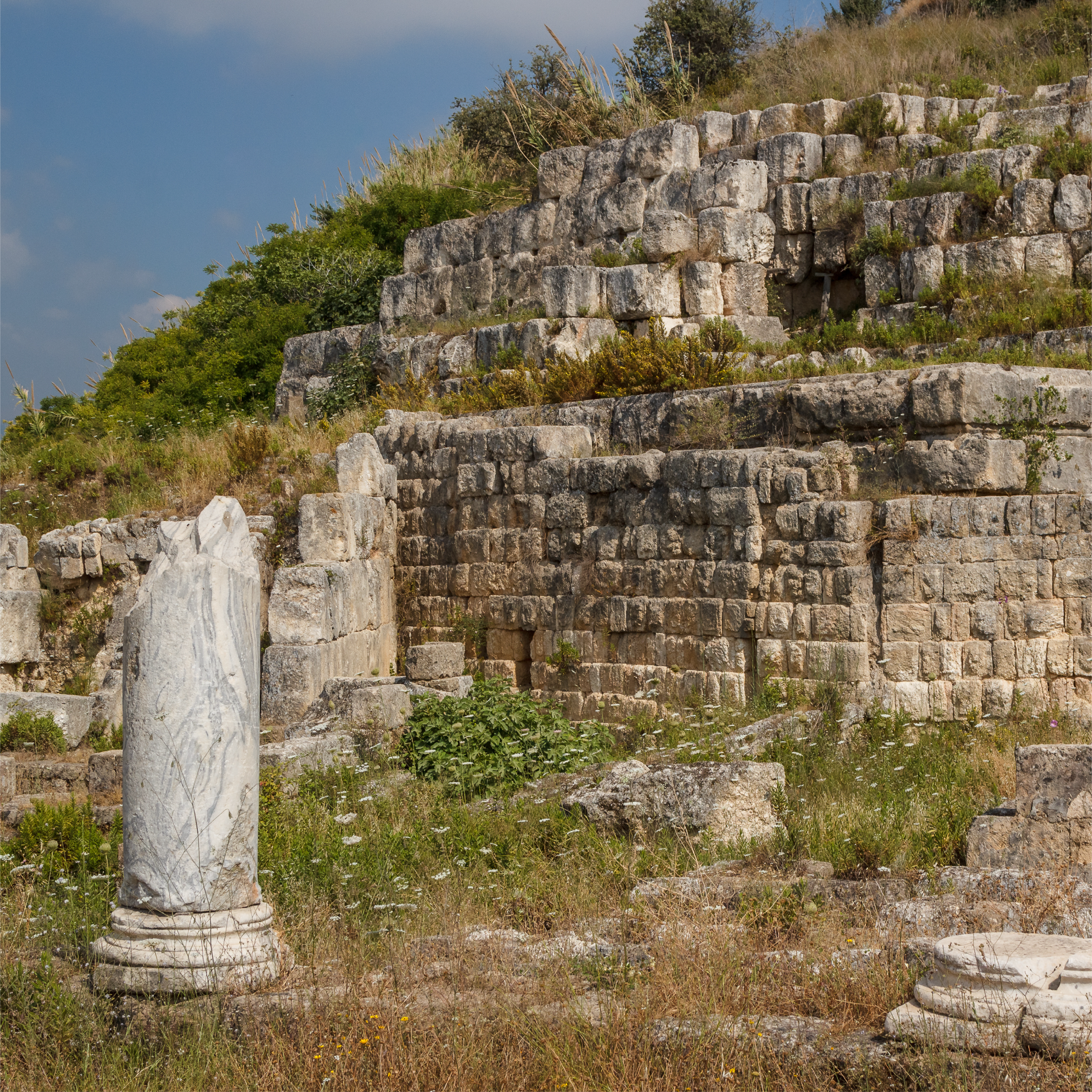 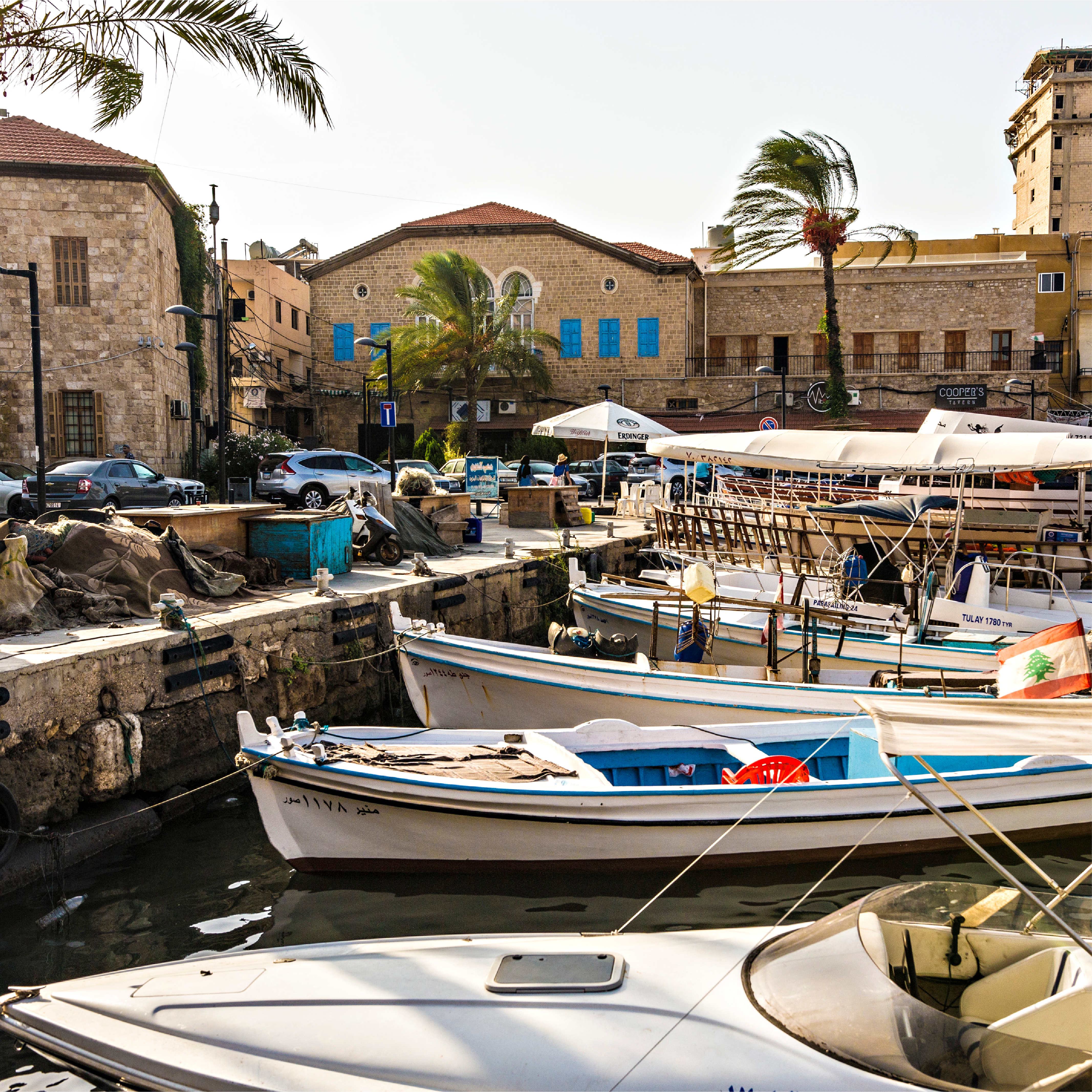 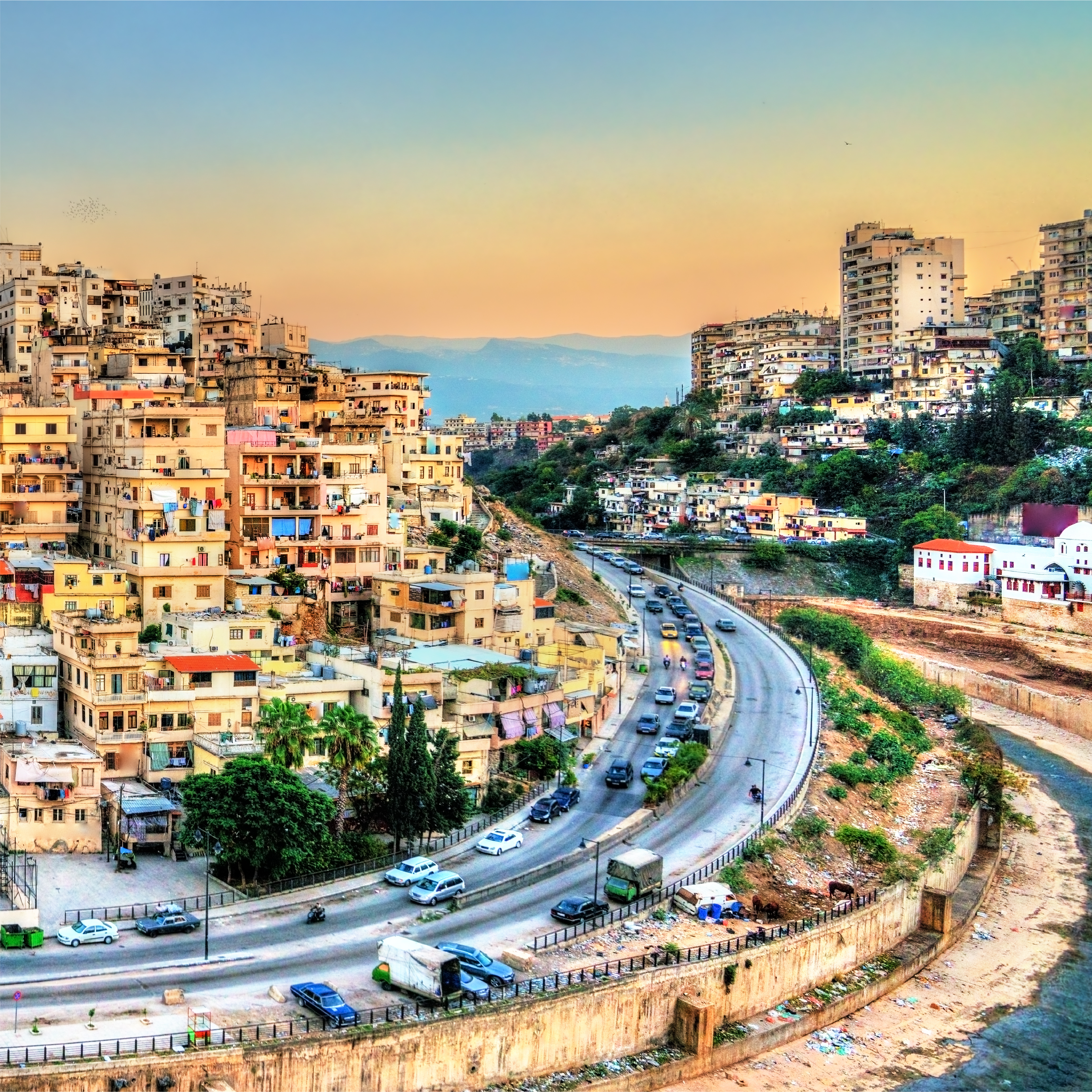 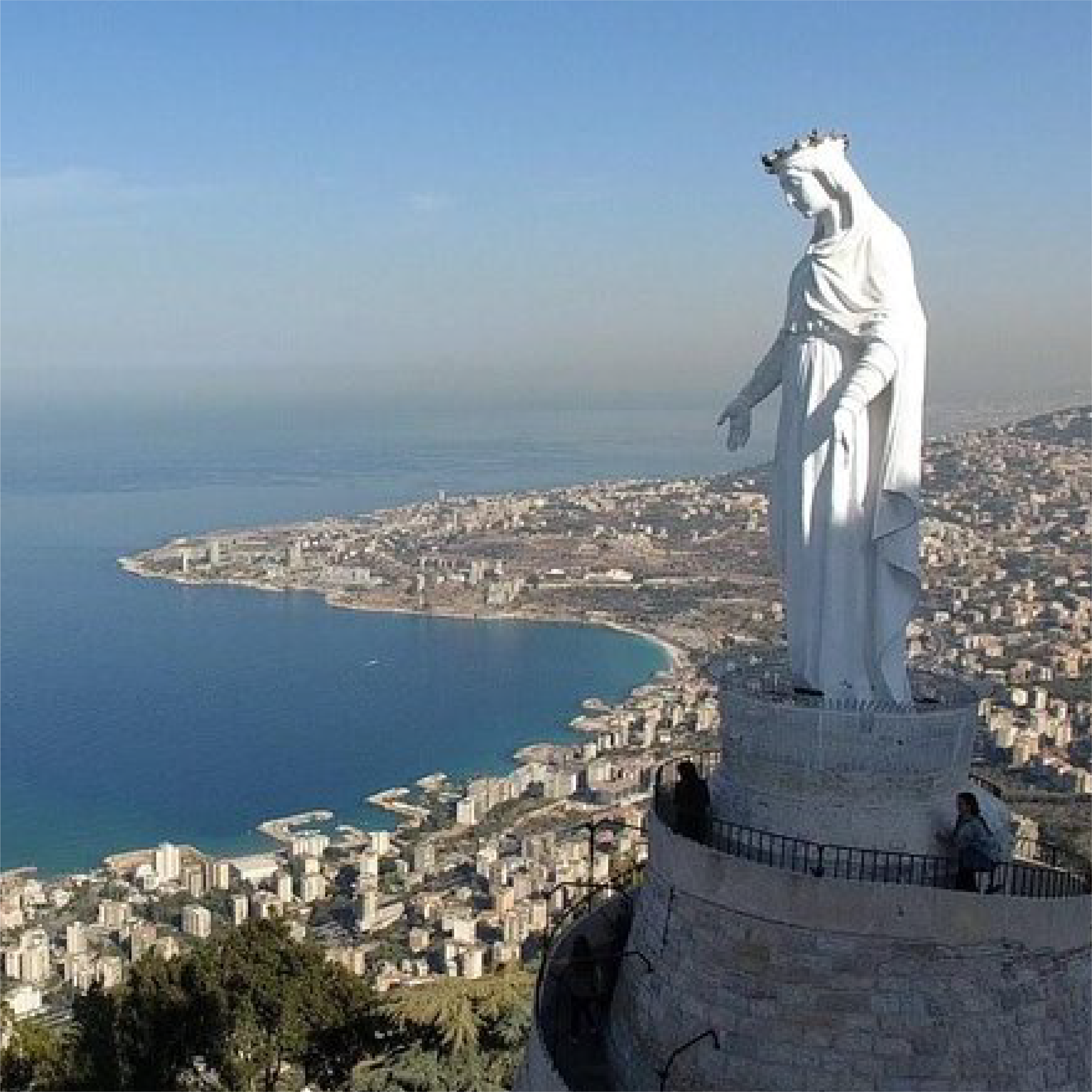 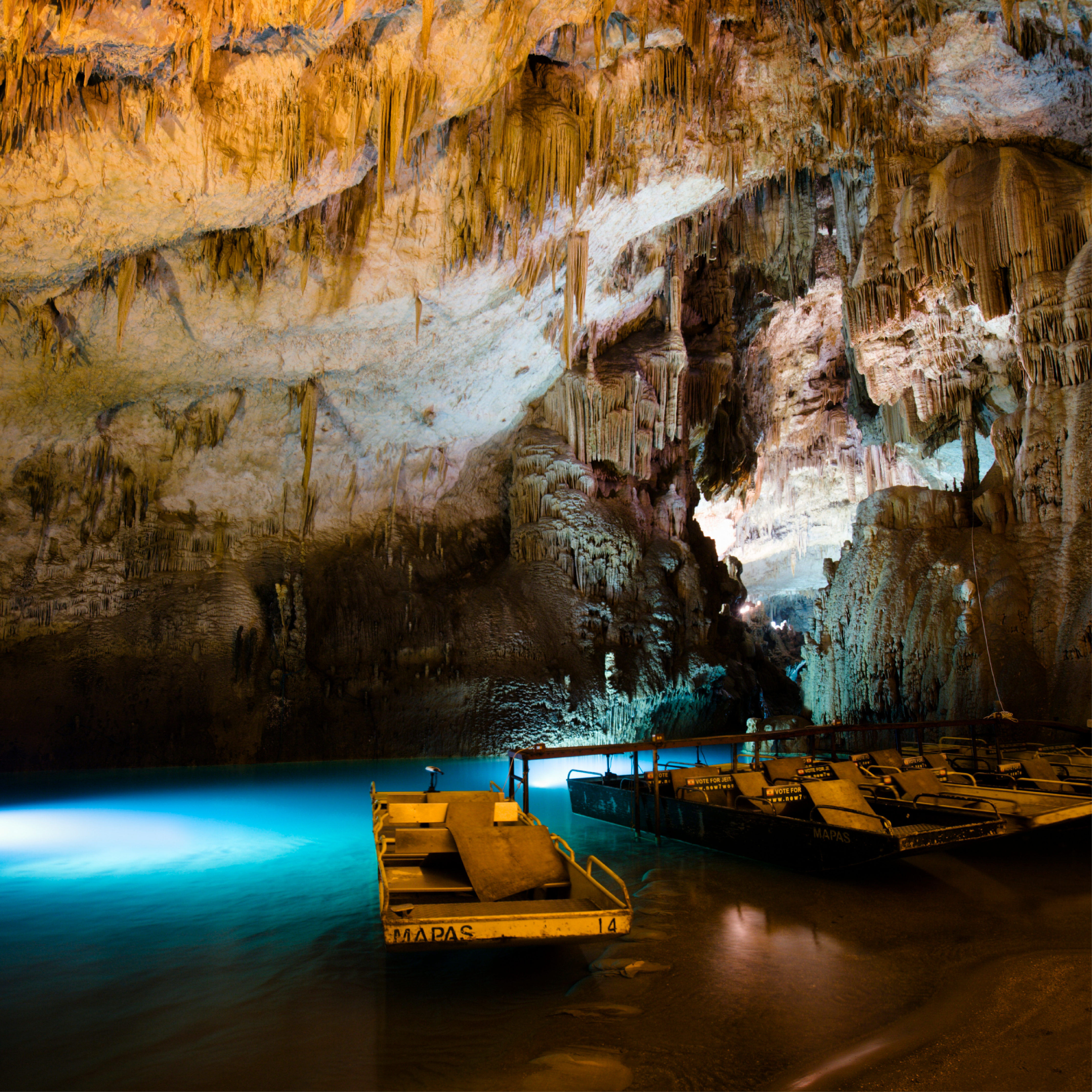 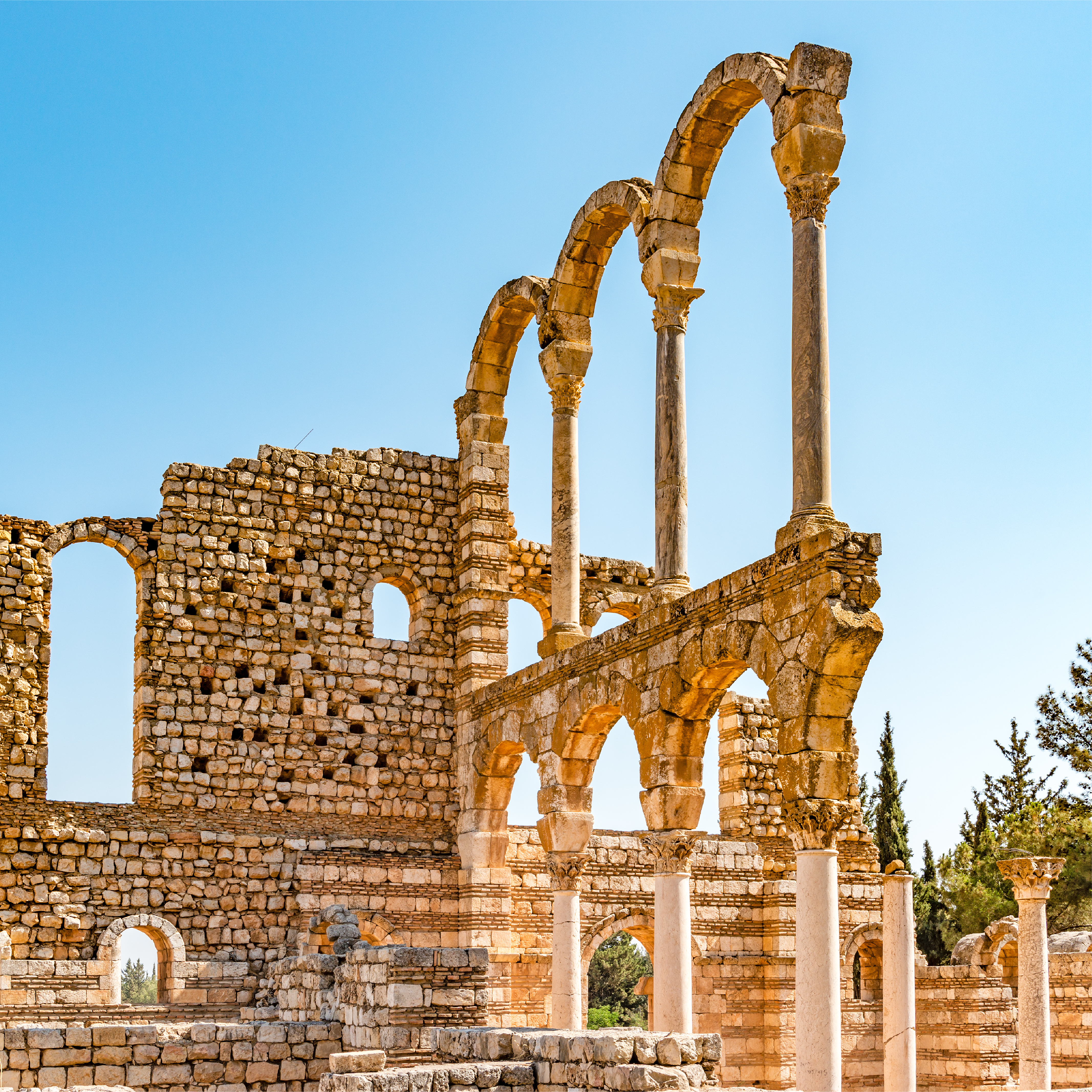